Ethex uses cookies which are essential for the site to work. Any data collected is anonymised. By continuing to use this site, you agree to our use of cookies.
Cookie Settings 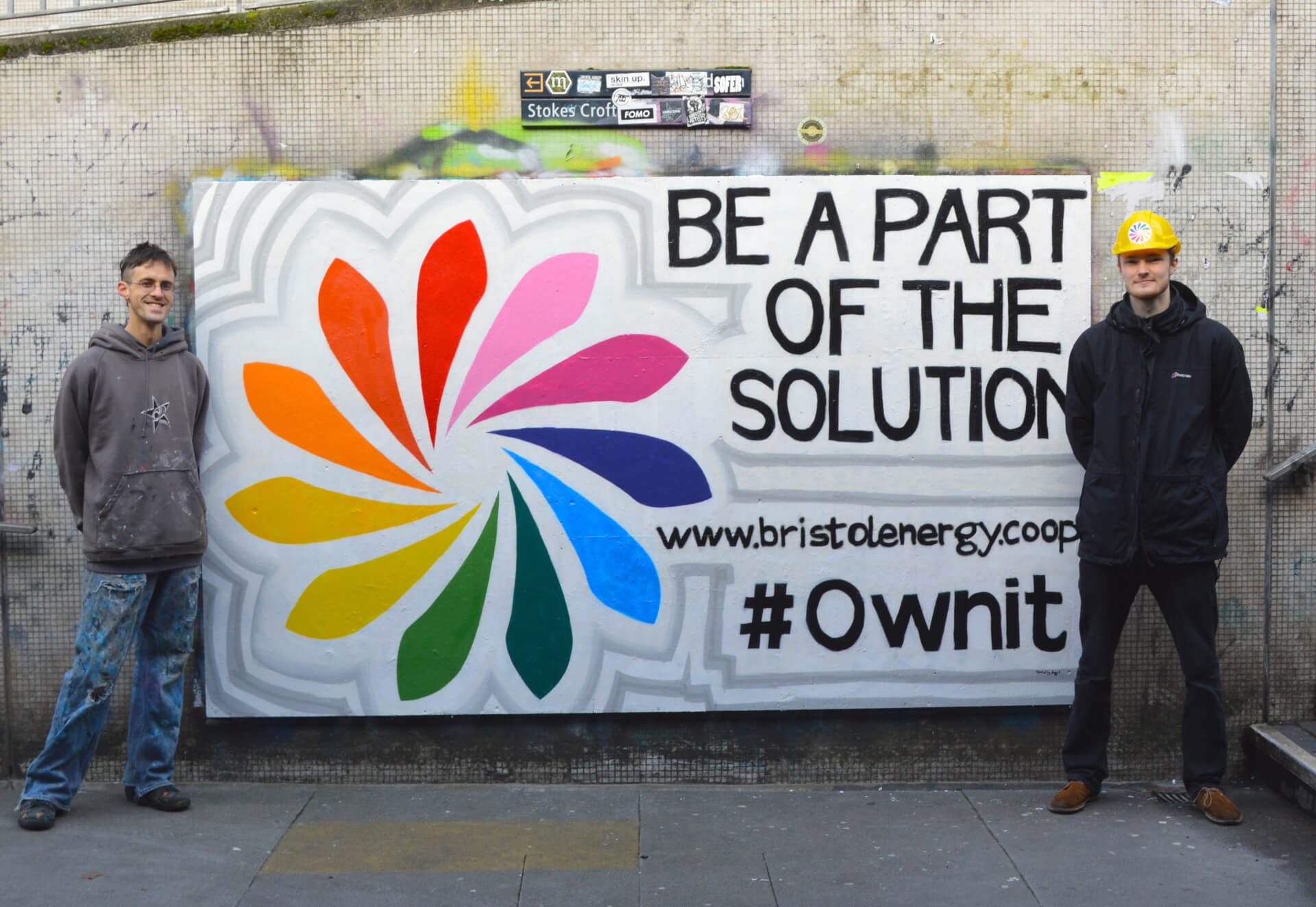 You haven't used your session for a while. For your security, we will log you out soon.

Bristol Energy Cooperative have extended their share offer and doubled the target to help reach their renewable energy generation goals.

At the end of March, as their share offer was nearing its closing date and they were getting closer to hitting their target, Bristol Energy Cooperative took the decision to extend their share offer until the end of June 2022, but not only that, they are doubling their target to £2 million!
We’re very excited by this bold move and wanted to let our network of investors know that there is still an opportunity to invest in this extraordinary organisation, but also explain the reasons behind the extension and the increased target.
Funding new pioneering projects
It’s a busy time for the team at Bristol Energy Cooperative! With energy bills on the rise and more people becoming aware of the urgency to meet the UK’s net-zero targets, they have seen an increased demand for community energy projects. Bristol community buildings and businesses are getting in touch with the team at a record rate to take up their offer to install solar panels on buildings making clean, affordable energy accessible. The increased funding from the now £2 million share offer will help Bristol Energy Cooperative to continue delivering more of these projects, bringing a benefit to Bristol buildings and the wider community.
There are also some incredibly exciting new renewable energy projects about to be announced from Bristol Energy Cooperative.  And funding from investors like you will be vital in ensuring the successful delivery of these projects. We will bring you news of these as soon as we can. In the meantime, read more about a pioneering project they're undertaking at Water Lilies, a housing development that is set to be entirely fossil fuel free!
The impact of the war in Ukraine
When Russia invaded Ukraine earlier this year, the issue of Europe’s reliance on Russian fossil fuels became a matter of national security. People across the UK made it clear that we don’t want to be funding Russia’s atrocious war machine with money used to purchase fossil fuels.
And we don’t just need to wean countries off high carbon fuels, using this as an opportunity to accelerate renewable energy capacity. With the cost of living in the UK rising exponentially (largely off the back of significant energy price increases), we also have a responsibility to help protect people from volatile energy prices. On both counts, it’s clear that renewables are the answer.
As a community energy organisation, Bristol Energy Cooperative recognises the urgent need to increase what they’re doing and they intend to do so.
A shift in public opinion
Aside from the issues of energy security highlighted by the invasion of Ukraine, more people are demanding that clean energy generation be put to the forefront, as anxiety over climate change grows. The IPCC released its latest report in April and it’s a strong wake-up call for us all to take action as it’s not or never if the world is to stave off climate disaster. Their warnings of the “rapidly closing window to secure a liveable future” couldn’t be starker. Decarbonising the grid is a priority. Community energy has a crucial role to play in tackling the climate crisis in a way that benefits the local area.
And at Ethex, we’ve seen amazing support from our investors for community energy, with over £770,000 already invested into the Bristol Energy Cooperative share offer so far. But to fulfil their ambitions to do even more to help our transition to a low-carbon energy system, they need to reach their £2 million target. Can you be a part of their future success? Investments in the share offer start at £100 and target an annual return of 3.5%. So, if you’re thinking of investing to help create a cleaner and more equitable future, take a look at their profile on Ethex and see if it's right for you. Capital is at risk and returns are not guaranteed. 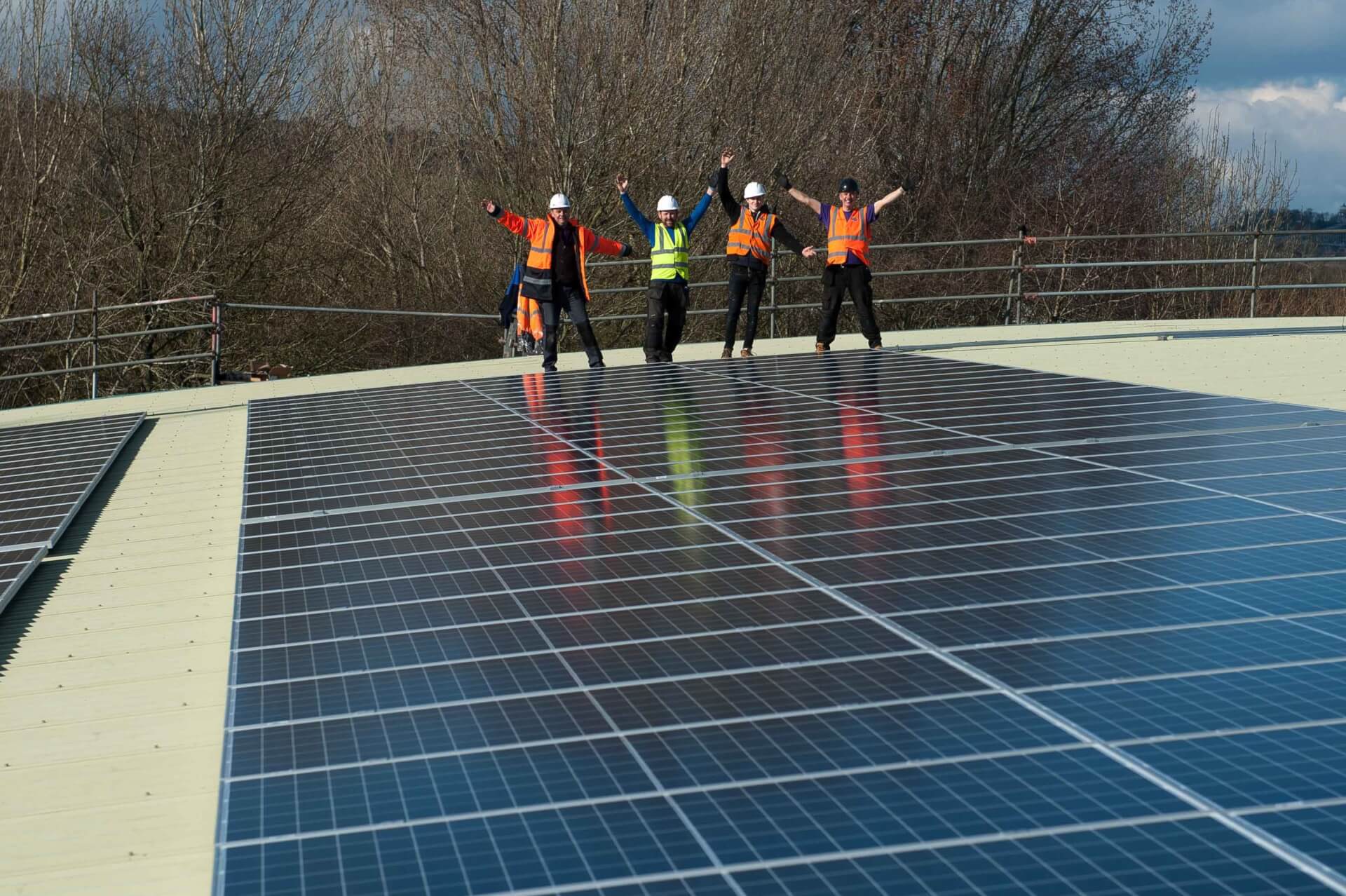 REGISTER TO MAKE MONEY DO GOOD

It's easy to register with Ethex and join our community of 25,000+ investors who are taking control of their money and supporting sustainable businesses they believe in. Register today and you'll get updates when new positive investing opportunities go live.

Investments offered on the Ethex platform are not readily realisable, which means that they may be difficult to sell and you may get back less than you originally invested. Investments are not covered by the Financial Services Compensation Scheme (FSCS) and returns are not guaranteed. If you are in any doubt, you should contact an Independent Financial Adviser.

Investments offered on the Ethex platform are not readily realisable, which means that they may be difficult to sell and you may get back less than you originally invested. Investments are not covered by the Financial Services Compensation Scheme (FSCS) and returns are not guaranteed. If you are in any doubt, you should contact an Independent Financial Adviser.